So you want to be a Pastafarian?

Welcome aboard matey! Consider yourself a member.  You don’t need to pay anything.

We’re working on a membership card – easier to carry around and then you can say you are a card carrying member of the Church of the Flying Spaghetti Monster!

Can I be a member if I don’t literally believe in the Flying Spaghetti Monster?

Of course!  Many good folks in other religious people don’t literally believe their scripture/holy writ (we could name so many ridiculous scriptures!), you can be a Pastafarian without being a true believer of our doctrines.   We’re sure you know people of other religions who don’t take their holy books literally or they’d have to stone more people, keep slaves, approve their God’s demands for human and animal sacrifice, etc. – but many people still consider themselves true Christians, Jews, Hindus, Muslims, nonetheless.  In fact, literal belief is often not a requirement of most religions.   Most religions are comprised of a group of people with similar – but not exact – world views.  Pastafarianism is no different in that regard.

Whatever you decide, remember this: Pastafarianism is a real, legitimate religion, as much as any other.  The fact that some see our origins as a satirical religion doesn’t change the fact that by any standard one can come up with, our religion is as legitimate as any other.  Universal ethics requires that all religions be given the same respect any and every religion deserves.  Whether this is a lot or a very little is up to you.

A lot of Pastafarians seem to be anti-religion and/or atheists – why is this?

We’re not anti-religion – we firmly believe that every religion (including us) deserves the same respect, the same social and educational benefits and the same government support.  If universal ethics demanded that this be ‘no support’ and no benefits, so long as it is fairly and equally applied to all religions, we support that.  In fact, we support equal treatment of all religions and to go further – all cultural beliefs. After all, what’s the difference?  These are self-defined ‘in-group’ and ‘out-group’ means of including and excluding people. We welcome anyone and everyone to join our Church including current members of other religions and all cultures. Note to the religious and the culturally identified: You are welcome here.

Be clear, we are anti-crazy nonsense done in the name of religion and culture. Our ideal is to scrutinize ideas and actions using the universal principles and ethics we support and to laugh at crazy nonsense’ influence on our lives.  All crazy nonsense should be private, not state supported or even state considered.

To what extent do Pastafarians or any religion or cultural beliefs need evidence to support their beliefs? 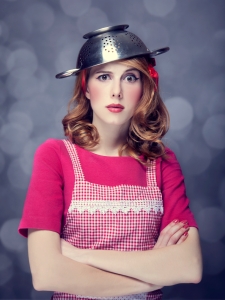 Let’s be honest: popular acceptance of religious and cultural beliefs is due to psychological need and historical traditions. People want to be a part of the ‘in-crowd’ – especially when being ‘out’ results in discrimination and death. Just ask someone who is an atheist about social discrimination and in some places, physical harm and death.

There is no scientific evidence for any mysticism or superstitious religious or cultural beliefs. They all demand ‘blind faith’- belief despite of lack of credible evidence. People’s need to belong, need to be told what to think and do, to be told they are ‘saved’ special, going to get another life, going to get rewards for good behaviour – these are strong motivators.

The Church doesn’t deny people’s needs – they are evident!  What we want is to separate all religious and cultural beliefs from any and all official government influence and to uphold the Human Rights Act forbidding discrimination for religious or ethical beliefs.  For many people, religious and cultural identify is about being part of a specific community, being part of something bigger and more important than themselves.  We support that!  And this need for religion or cultural identity should not be imposed on others meaning it should NOT be a consideration when making decisions or setting rules that impact everyone.

The Church of the Flying Spaghetti Monster is a community devoted to universal idealist principles and ethics.  We are a Church for rational, free-thinkers who don’t want religious or cultural beliefs imposed by the government or any other official public service. 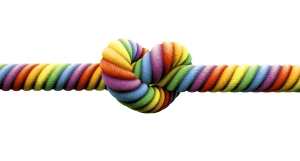 How do I become a Pastafarian Ministeroni?

A Ministeroni is sanctioned by the Church and authorised by the Department of Internal Affairs to perform legally recognised Church weddings in New Zealand.

Because this is a serious, important community service (remember – no profit to the Ministeroni!), there is a long arduous process involved.  First, the applicant has to apply to the Church Steering Committee with a detailed account of their philosophical beliefs (detailing their knowledge of Kiwi Pastafarianism – no other jurisdiction is acceptable), a detailed account of their publicly verifiable accomplishments, and an essay on why they want to be a Ministeroni.  The Steering Committee meets irregularly and reviews these applications.  Acceptable candidates are then interviewed including a knowledge test of Pastafarian principles and ethics, and may be asked to do a role-play of advising a couple on their ceremony and performing the role-play wedding ceremony.  Successful applicants then have to complete the Department of Internal Affairs process, obtaining all the necessary signatures, referees, testimonials and statutory certification of identity and whatever else the DIA request (oh yes, they too have a knowledge test). 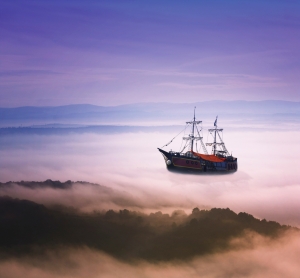 Who steers the Ship?

Like all Churches, we have a bridge crew of fine officers to steer our ship by.  To build a lasting legacy for all Pastafarians, the Top Ramen is doing the legal necessities like filing the Trust Deed to set transparent and accountable guides for those who volunteer their time and skills to govern the Church.  The Trust Deed states that no Church bridge crew can use the Church as a vehicle for personal profit.  Har!  That differentiates us from every other religion and cultural organisation.  No fancy cars, or houses or salaries. Watch this space for updates as we steer the ship (or ‘stir the pot’ if you prefer the pasta over the pirate analogy) in a way that makes us all Proud to be Pastafarians.

So, what does the Church do?

And, what is the Church Doctrine?

If you don’t have time (or inclination) to read the Doctrine page, here it is in spoonful:

What does the Church need now?

Kiwi-resident volunteers needed: If you are a qualified (that means recognised by a professional organisation) accountant, lawyer, medical doctor, philosopher, chef, or scientist, and a believer in the Doctrine of the Kiwi Pastafarian Church, and you would like to give up to four (4) hours a month toward the Church, please contact the Top Ramen.

What else can you do to make the Universe a better place? 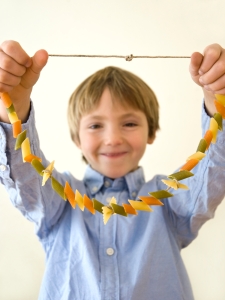 If you aren’t qualified or inclined to give time as above, you can practice maximising the well-being of all sentient beings by being kind to yourself, being kind to others (other species too- not just Humans), asking people “Why do you believe that?”, finding the humour in the crazy nonsense that passes as religious and cultural beliefs, enjoying (really enjoying) the many delicious pastas and tasty fermented beverages and other natural (unadulterated) pleasures that may be available to you, and being mindful of this life.

Tell people about Pastafarianism and practice being kind to all sentient beings.  You can be proud that we’re the world’s most peaceful mainstream religion, having started no wars in our god’s name.  There are no deaths or violence attributed to our religion. R’Amen.

If you can write well AND humorously, to help us educate others about the tenets of FSM, please submit your prose to: ministeroni@gmail.com.